A key target environment is mobile browsers, which can have intermittent network connections due to poor coverage or transitioning between different network sources such as Wi-Fi and Cellular.

To ensure that events are sent with as high reliability as possible, the SDK will automatically attempt to resend each event in the event of a network failure or unexpected server response.

With debugging, mode enabled every time a failed network connection is retried it will log the current retry count to the console. The maximum amount of retries is currently set to 15, with the delay between attempts increasing each time. The total amount of time the SDK will continue to attempt to send an event is just under 2 minutes, at which point if the event still has not been able to be sent an error will be thrown.

Below are some example logs where a network request initially failed due to an unavailable network connection but then manages to be sent after several attempts. 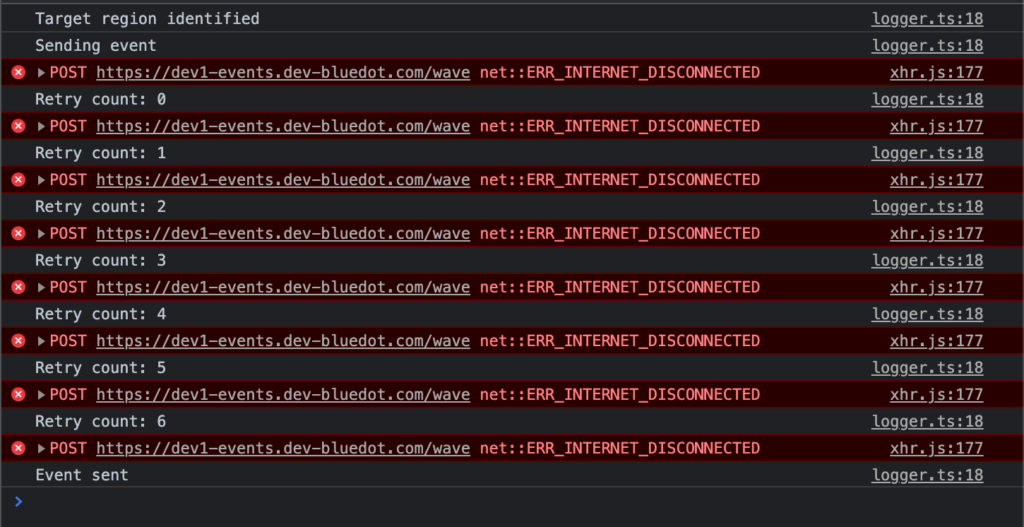